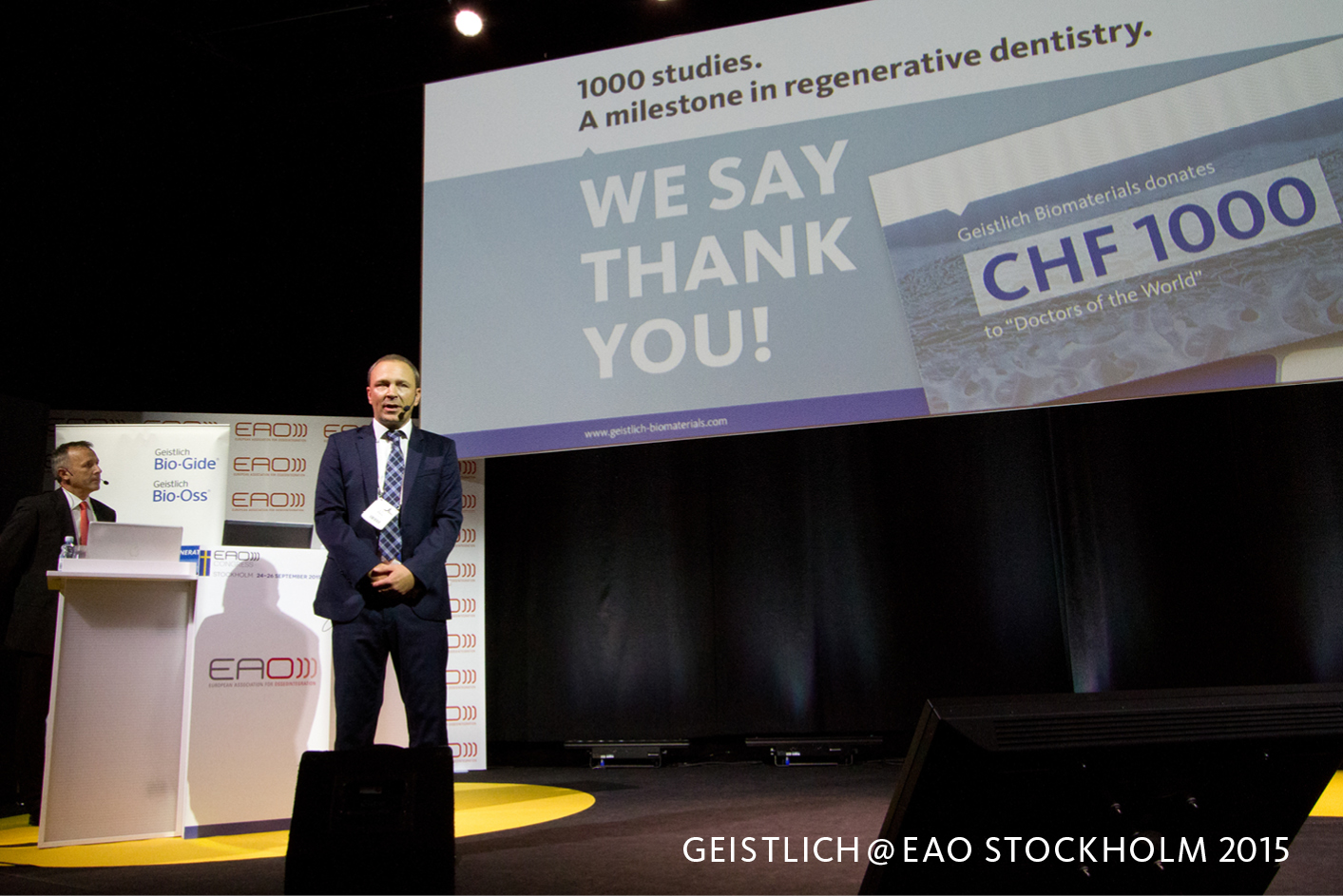 El At the EAO Stockholm, from 24 to 26 September 2015, Geistlich Biomaterials celebrated the 1000th scientific publication with their products1 – a major event for a company which attaches great importance to science and research.

So the 1000th scientific publication was commended during the Geistlich symposium on Thursday morning. What is more, symbolic prizes were awarded for various particularly outstanding studies.

“And the winner is…”

More prizes will follow in 2016 – the anniversary year of Geistlich Bio-Oss® and Geistlich Bio-Gide®. Geistlich donates 1000 Swiss francs to the organization Doctors of the World for every study honoured.

A special thank you to our customers

Mario Mucha, Geistlich COO, also extended his gratitude at the EAO to those who use Geistlich products in their daily work. To date, more than 10 million patients have been treated with biomaterials from Geistlich6.